Stamford Bridge, the home of Chelsea Football Club is located in Fulham and is one London’s top sports venues.

Like every football club in the English Premier League, Chelsea are working hard to meet the needs of their disabled supporters. During the Summer of 2018 there has been determined activity at their West London home ground of Stamford Bridge to improve wheelchair access throughout the stadium and add over 200 new wheelchair suitable spectator locations. A major part of this work has been resurfacing the Lower West Stand, which runs the entire length of the pitch, as a step free area which is now suitable and practical for every Chelsea fan to use.

Every paving project in a football stadium is subject to some fairly unique demands, and this was never more-true than at Chelsea. First, there are the obvious problems to overcome;
All work must be done between the last home game of one season and the first home game of the next.
All works must still fit around ongoing corporate and commercial activity, which happens throughout the year.
All paving has to withstand intense periods of heavy foot traffic (the Chelsea stadium holds just over 40,000 people) and meet all the stringent health and safety requirements of an exceptionally closely scrutinised public space.
All works must meet the high aesthetic standards of a wealthy football club and meet the demanding technical requirements that apply to all new materials being introduced to the stadium.

In addition, working at Chelsea had a few more problems all of its own;
The stadium is right in the middle of a densely populated residential area, so all construction noise and working hours are subject to strict conditions.
Any paving materials installed at Chelsea have to resist all attempts by members of the crowd to dislodge them and use the paving as a missile.
And finally (in complete contradiction to that) there are ongoing plans to completely demolish and redevelop the Chelsea stadium, so all new infrastructure work is in effect ‘temporary’ – though it might still be several years before the demolition work actually begins there.

Given all the conflicting criteria above, it is no surprise that several paving options were considered, but in the end Chelsea’s Special Projects Manager, Terry White, chose to use Ebema Rockstone 600x600x60mm paving on Buzon pedestals.

Chelsea stadium now has around 450sqm of 60mm thick Ebema Rockstone pavers, and the client is delighted. The paved area was installed ahead of schedule (at less than the nearest competing quote) and has been universally approved by staff and fans alike. Moreover, the government officials who monitor and approve disabled facilities in all the UK Premier League stadiums have signed off the new installation with flying colours. 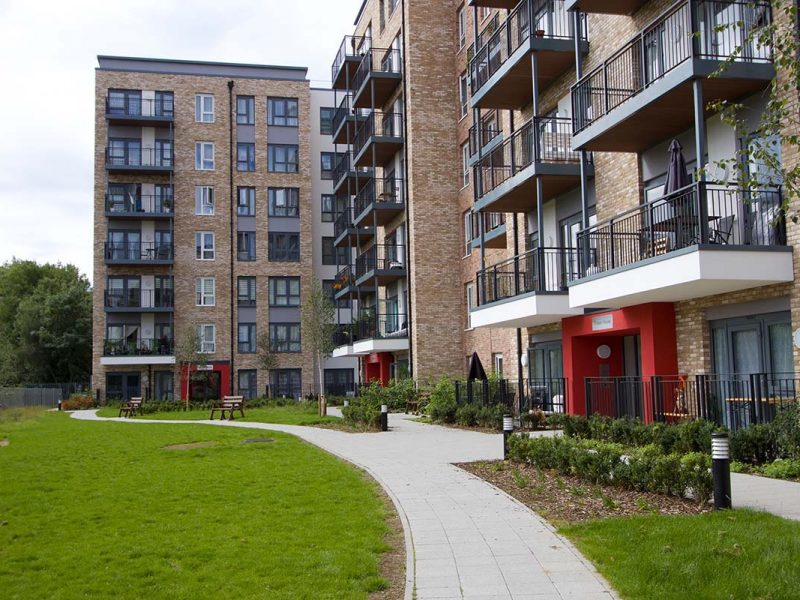